In November 2017 we held a Spinning Wheel Speed Dating session. We had a lot of newer members in the guild, and wanted to give them a chance to try out as many wheels as possible. Whilst guild members are generally happy to let others try a wheel during a general meeting, this organised day meant that no-one had to feel shy about asking, and allowed people to compare a huge number of wheels. We had well over 30 different wheels bought along.

The following information is provided in the hope that others will be able to re-use these resources.

Organising a Wheel Speed Dating Meeting...
In advance we bought a list of wheels along to meetings and got people to sign up saying which wheel they would bring along. This was to maximise the variety of wheels if people owned more than one wheel, and so we didn’t end up with 15 Ashford Traditionals! It also allows preparation of the information cards.
On the day itself we arranged the room in a large circle, on each chair was the wheel information card. We chose to group the wheels by manufacturer, so if there were 2 similar wheels people could try them one after another. Ie. it makes sense to try spinning on a Matchless in Scotch Tension just before, or just after you spin on the one set up in Double Drive. It also meant people could compare the same wheel in Single and Double Treadle configuration.
The guild provided the fibre for people to use (we bought 2 kg of white English 56’s combed top from World of Wool).
Each person started out spinning on their own wheel, this meant that wheel was definitely working, and also got people spinning without feeling nervous. We set a timer for 5 minutes, and then rotated around the circle. In total we had nearly 30 wheels to try out, so by the time we had a pause for lunch this filled the whole guild meeting, with a short period of time at the end for people to go back to a wheel they wanted to spend more time with.
I’d recommend having a basic tool kit, and spare drive band, and brake-band material on hand in case a wheel needs some maintenance. We also had oil bottles available.
Some members didn’t want people spinning on their wheel whilst wearing shoes, so we did small signs to go on the chair by those wheels. 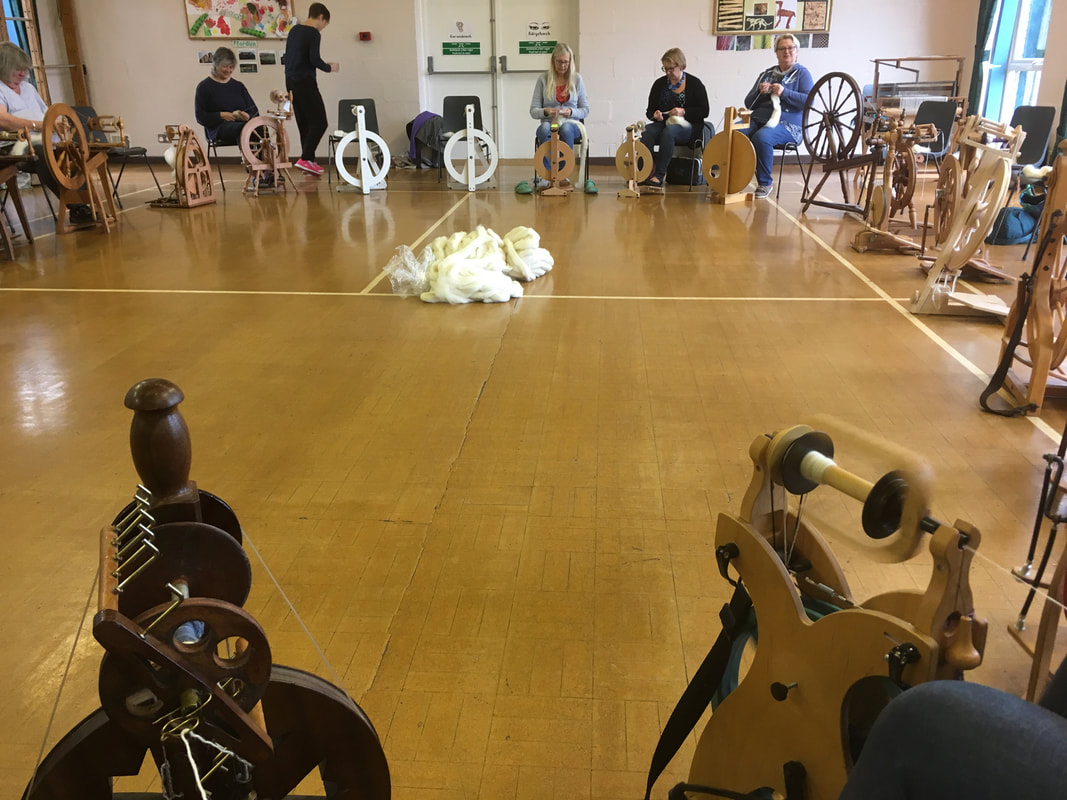 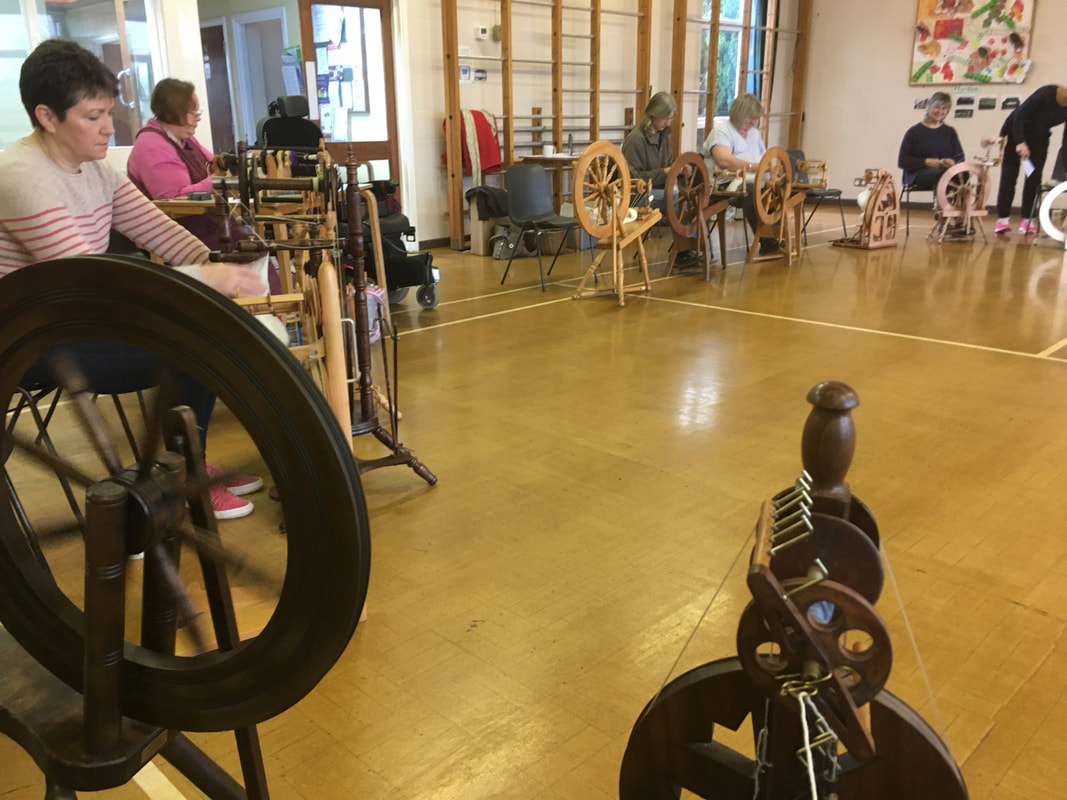 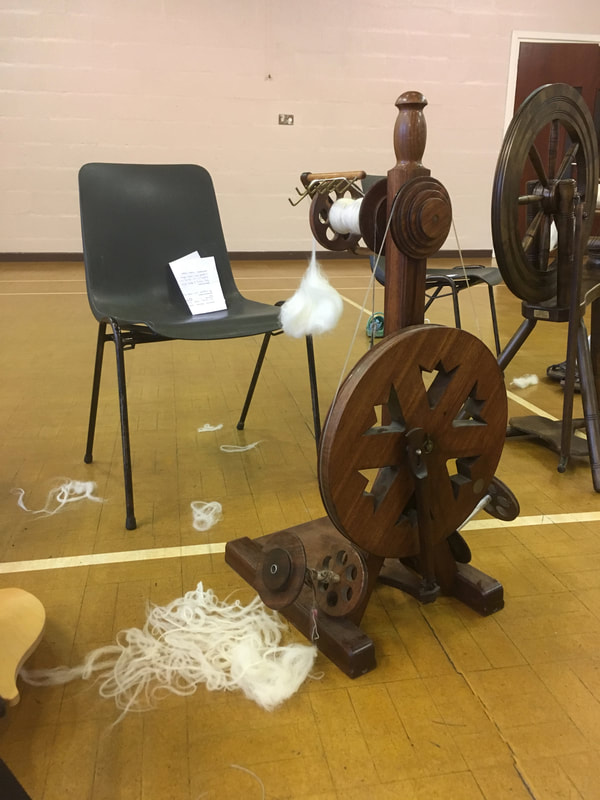 Some wheels were a little more tricky than others! This Easy Spin wheel was challenging to get started with, but by the end of the "date" many of the guild members grew to love the weighted drive wheel, delta orifice, and unusual treading action.